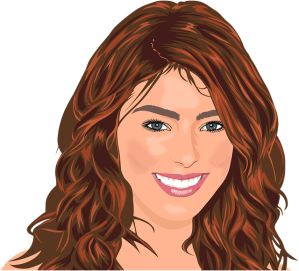 Yesterday, I had a pretty awesome experience.

In the cleaning business, the last week of the month is usually busy with move-outs. This past last week of April was no different for Job Well Done Cleaning. We had spent the week sprucing up, scrubbing down, and dusting homes that were particularly dirty — sooty, in fact. Our company vacuum cleaners were filled to the brim with dust, dust, and more dust. So, yesterday, I set about cleaning them out. After completing the task, I began putting the vacuums away in my truck, when to my surprise, a ring fell from the small opening of one of the vacuum cleaners. Miraculously, it just popped out. 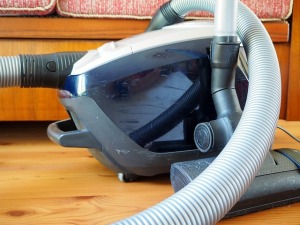 Astonished at this and even more surprised that I hadn’t accidentally thrown it away along with the dust and dirt, I looked it over and took it to my wife. I wasn’t sure if it was costume jewelry or not, though it was a beautiful ring. Upon placing it in her hand and feeling it’s weight, she was pretty sure that it was NOT costume-jewelry. And she found some small letters on the inside of the ring that said ‘plat.’ We determined that it was a platinum ring, and it had 12 fairly large rectangular stones that we figured were real diamonds.

As this appeared to be an expensive piece of jewelry, I needed to find the ring’s owner. My quest began by calling my last week’s customers — but no one was claiming the ring. I then remembered a new client of mine, a woman whose beautiful home I had cleaned about two weeks ago. The woman had hired us because her regular cleaning crew of 20 years had retired and her replacement crew was having difficulty being flexible with her schedule. When I told her that I had found a platinum ring, she joyfully proclaimed, “It’s my wedding ring!” And she described it in detail.

That ring had been lost for over a year. After reporting the loss to her insurance company, her husband purchased her another, which became her ‘third’ wedding ring, by the way. Her baby had thrown her first wedding ring down the toilet, or so she thought. And of course, her second wedding ring went missing too. Her husband bought her a less expensive third wedding ring. This wedding ring business was getting to be costly for him. 🙂

The husband traveled to my home to retrieve the ring and revealed to me that it had cost many thousands of dollars. He also said his wife was crying when she called him to tell him about the find. This miraculous course of events brought tears to my eyes as well. It was an emotional experience.

Thinking about this situation a bit later, I was amazed that my company was able to find a ring that had gone missing for over a year, and that two prior cleaning crews had never seen the ring in all that time. Hmmm. This is truly one for the books.

The East Valley of Phoenix – (Inside the 202 Loop)

“Cleaning so you don’t have to.”

Areas outside the East Valley by arrangement!